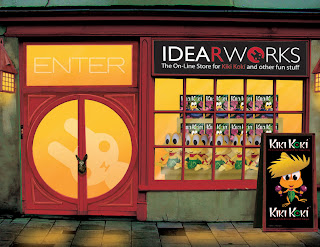 I opened a store to sell Kiki Kokí products. Currently I sell the Book and the Plush. I will be adding Tee Shirts and Art Prints from Kokí as well as some of my other art work.
Posted by Ed Rodriguez at 7:29 PM No comments: 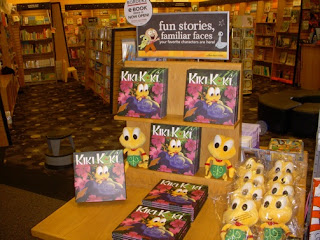 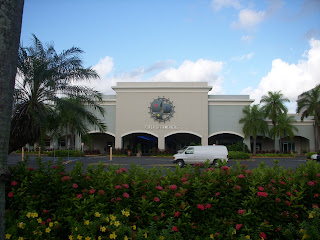 Two and a half weeks ago Kiki Kokí the book, appeared on a store shelf for the first time. It was also the day we held a press conference at the Borders Store in Plaza las Americas Mall in Puerto Rico. 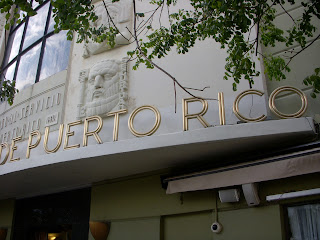 I have posted images from the week at KikiKoki.com.
Posted by Ed Rodriguez at 6:50 PM No comments:

Kiki Koki on the world-wide web! (click here to visit) 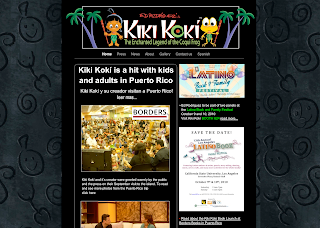 I created KikiKoki.com to keep anyone interested in the property up to date. I also added a store where you can buy the book and the plush...yes plush.
Posted by Ed Rodriguez at 6:30 PM No comments: 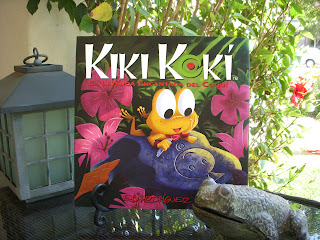 A big part of the inspiration for Kiki Kokí came from the Taino Indians. These are the people that populated the islands in the Caribbean when Columbus first sailed to the New World. I thought it fitting that the origins of the story be attributed to them as there are folk tales regarding the Coqui that originate from the Tainos.

For the cover I wanted to subtly get across the idea of a Coquí frog longing to be a boy again (hope I didn't spoil it). I found it fitting for Koki to create a petroglyphs of himself as a boy. The Tainos created many petroglyphs, they have been found all over Puerto Rico. There is one petroglyth of the Coqui frog, I used it as a graphic on the title page of the book.


The book is printed in both English and Spanish. Both versions are available at KikiKoki.com
Posted by Ed Rodriguez at 6:18 PM No comments:

Kiki Kokí the Enchanted Legend of the Coquí Frog is my first children's book. As the title implies it is a made-up back story to the real life Coqui Frog found in the mountains and wetlands of Puerto Rico. If you have ever been to Puerto Rico you know about the Coquí. It is the beloved mascot of the island. At night the Coquí frogs fill the balmy island air with a high pitched chirp-like call..."KoKee". As a city kid from Brooklyn visiting my grandparents on the island I was intrigued by this mysterious little tree frog. 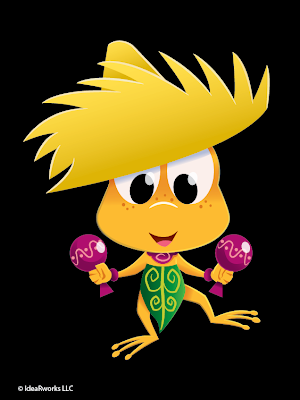 In 2000 I visited Puerto Rico with my wife and our children and fell in love with Coquí and the island all over again. I left inspired to do something featuring all the great places we had visited on that trip. They included Spanish fortresses, pristine beaches and enormous caves, among cool other places. For years I sketched from the photos I had taken, then two years ago I took a short break between jobs and wrote the story of Kiki Kokí.

I have spent most nights and weekends of the last two years working on some aspect of the Kiki Kokí project. A gluten for punishment, I decided that illustrating the book was not enough and decided to self-publish and create product to support the property. I will give insight into that process in the future. For now I hope to share with you the creative process and journey of Kiki Kokí and IdeaRworks, the publishing company I formed to print the book under.